It takes courage to stand up and fight against cancer. 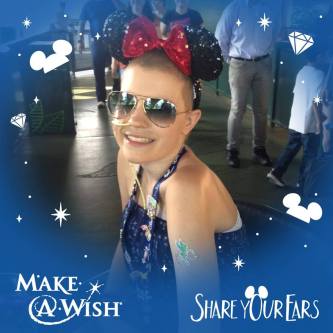 It takes courage to live with and fight against MS. 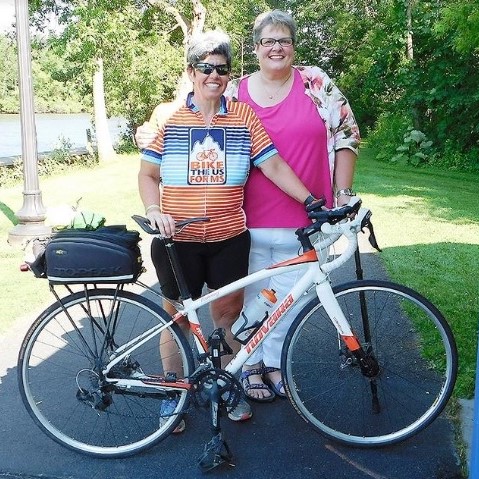 It takes courage to fight and win against leukemia. 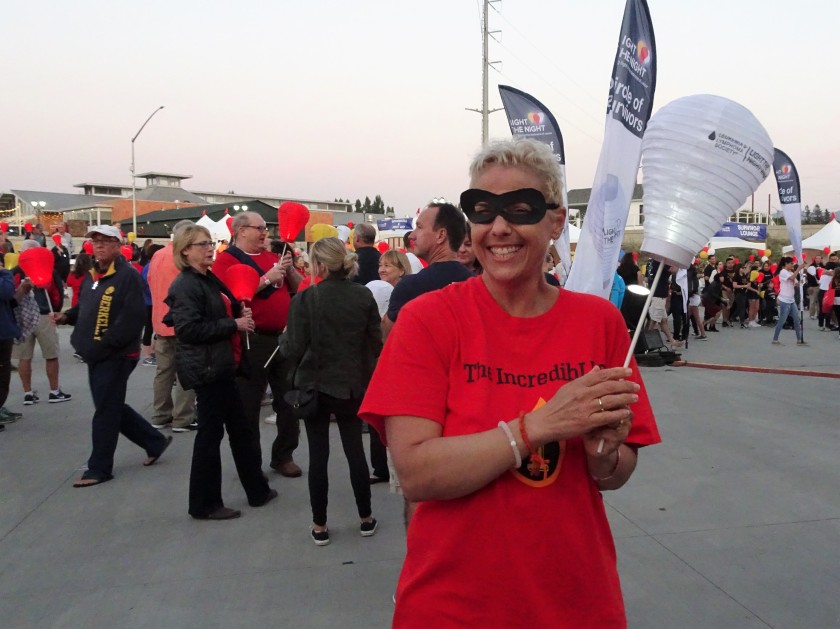 It takes courage to stare down Parkinson’s Disease and keep riding.

It takes courage to fight diabetes, heart disease, ALS, chronic pain, depression and so many more of life’s medical challenges.

Since I can ride, and enjoy doing so, I feel privileged to be able to help others fight by raising awareness and funding for their causes. Yesterday, I had a special opportunity to bring awareness to Pediatric Cancer research.  I challenged myself to ride for 24 hours to highlight the need and raise some funds. I didn’t quite make the 24 hours due to a flat that I didn’t have the courage to change in the cold and dark, but we were able to raise over $1000.00 in honor of a special person who lost her battle with cancer 3 years ago, while starting a full on war. Molly W. had way more courage than I could ever hope to have. The ride wasn’t a total loss either. I rode over 200 miles (35 after fixing the flat in the morning), and I had fun with friends who came out in support to run or ride for a bit.

Pics of the day:

I had a great time riding in the Tour de Fox – Wine Country event this weekend! I rode the “petite” 10-mile route. For me, that’s usually a warm up. After all, I’ve ridden 36 centuries this year. Those 10-miles were some of the most gratifying I’ve ridden, though.

The Tour de Fox is a ride to raise awareness and funds for Parkinson’s Disease research and I was privileged to ride along side a friend who has early onset of the disease. She has been riding for a few months now to prep for this ride which had a couple of pretty good hills in it. Her goal at first was to just finish alive. Check! Once she gained confidence, the goal changed to finishing in an hour. She actually finished with a personal best on the route of just over 53 minutes! Check! So proud of her! 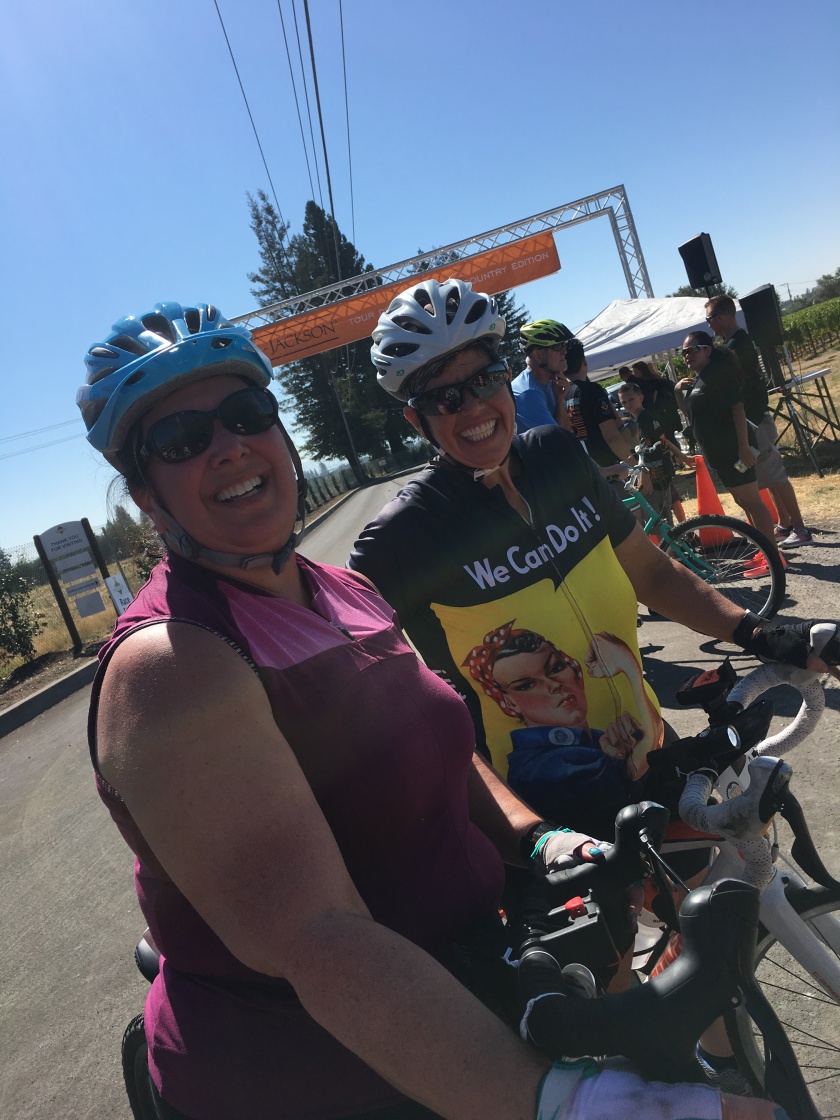 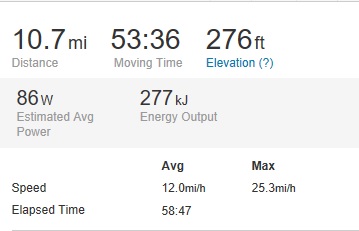 As usually is around these parts, it was a perfect morning to ride. It started out chilly, made it to the mid seventies by ride time and hit the high eighties by the end. Good thing we finished when we did too. The temperature rose to over 100 degrees F by mid-afternoon. Ugh!

The event raised over $600,000 for Parkinson’s research! Happy to play a small part.

Next up? I am planning to do a now annual, 24-hour challenge. I guess 2 years in a row makes it annual. Right? I participated in the Great Cycle Challenge 2017, which targets pediatric cancer, when I did my cross-country ride in June. It ran concurrently with my Bike the US for MS efforts since it is a virtual ride that automatically tracks your miles. I didn’t talk about it too much because my main cause was MS research. I did raise $1000. for GCC, though. September is Pediatric Cancer Awareness month so in 3 weeks, I will be continuing with GCC and co-sponsoring the first ever Molly Widner Courage Ride to raise funds and awareness for Pediatric Cancer Research. Only 4% of all cancer research dollars are directed towards pediatric cancers and it’s my hope to increase that. You’ll hear more about the ride coming up.

Today, though, we celebrate Pam and her team P-Cubed…Pamela’s Parkinson Pack!

Wow! It’s already getting close to harvest time in the valley. The days are starting to get noticeably shorter. Schools are back in session. And the fog is staying put longer in the mornings. Change is in the air. We’re definitely starting to see Fall peek around the corner.

With Fall coming, and winter not far behind (and yes, I know it’s still August), I’ve started thinking about my continuing exercising and training routines. So, cross training has crept back into my vocabulary and I like it! I am a cyclist at heart but I enjoy other activities to challenge myself as well. I’m still riding one hundred plus miles per week (if I get a long weekend ride in), but I’ve started to run again too. This week I pulled off 16 miles. No, not in one run. But, some day! I enjoy running in the rain, so for the winter in California, it’s a good one to have in my wheel house. Besides, switching it up helps keep me from getting bored (not a good thing if you know me).

As far as cycling goes, I’ve been working on speed (thanks for the ongoing motivation bgddyjim! For me, that means HIIT (high intensity interval training). Easy to do when you essentially ride loops – rather than going straight across the country. OK, straight may be pushing it. You all know I got lost and backtracked more times than I’ll admit! I’m also working on climbing strength. I’ve climbed some mountains in my day, but I’d like to do it quicker and easier.

I do have a couple of personal challenges in mind for the near future. I’m still working them out in my head though. I haven’t settled on what they will be for sure yet. Suffice it to say, I have something in mind for running and a couple somethings for cycling. Stay tuned. 🙂

My next event for a cause is the Tour de Fox – Wine Country, a ride to raise funds for Parkinson’s Disease research. I’ll be riding with my friend Pam and her team.

Ride the Rim - Crater LakeSeptember 13th, 2019
Thanks for your suppor

There was an error retrieving images from Instagram. An attempt will be remade in a few minutes.