I recently saw the The Lego Batman Movie. I have to say, it’s my new favorite! If you haven’t seen it, go. You will have fun! It reminded me of one of my favorite quotes too (even though it’s from a different Batman movie):

“Why do we fall? So we can learn to pick ourselves up.” (Thomas Wayne – Batman Begins).

We all fall at times. It’s what we do about it that builds our character. I tried to instill this notion in my daughter as she was growing up. Hopefully it had something to do with the wonderful person she has become. She turns 20 this week – officially an adult – even though she rails against that thought most of the time. Has she ever fallen? Sure. She has fallen both literally and figuratively. She fell when I toppled her from the snow sled when she was two. She toppled when I had her take the training wheels off her bike when she was five. And she fell many more times that had nothing to do with me. Every time she did, though, she bounced up and yelled “I’m OK!” She “fell” when she wasn’t put in the game, or wasn’t given a part in the play or didn’t get the A or didn’t get to go Around the World. Every time, though, she bounced back and tried again.

She got put in the game and helped seal the win.

She got to be the main character in one of her favorite stories.

She got many A’s and received a presidential scholarship for college.

And she applied again, and next year will be participating in the Concordia University – Irvine’s Around the World semester program. 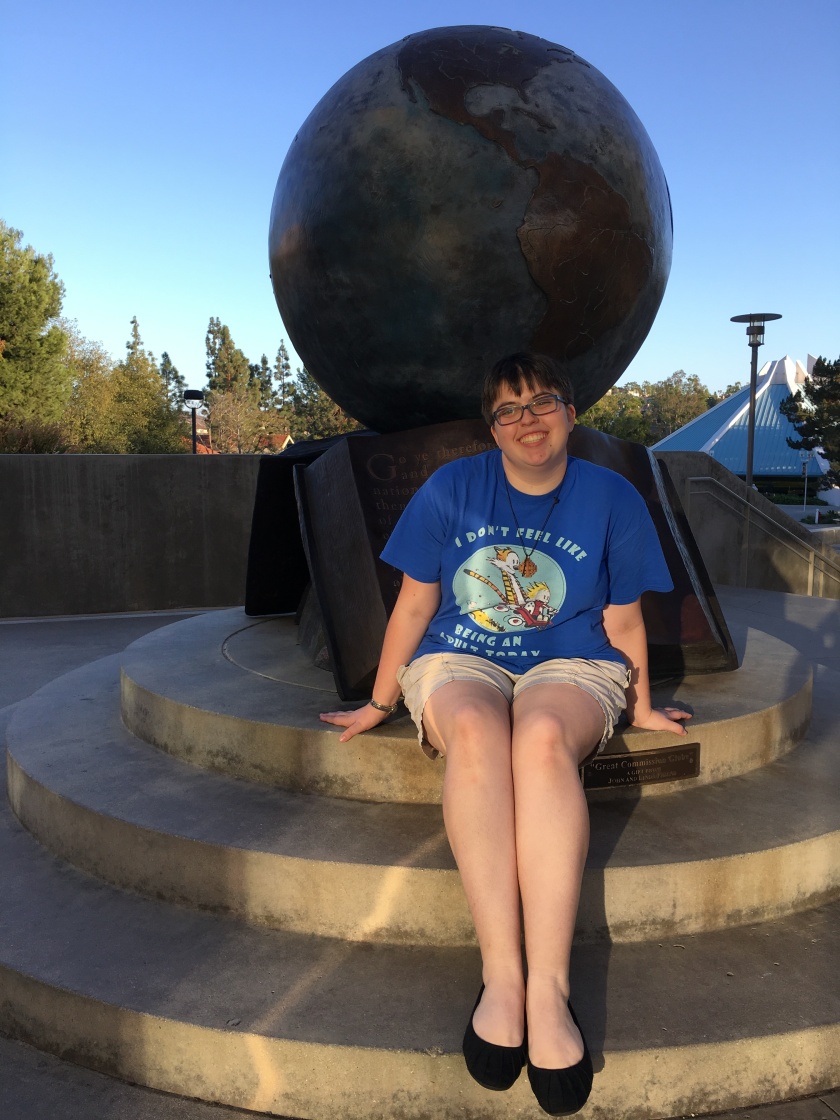 Unknowingly, my daughter has taught me a lot about what you do when you fall. She has been one of my main supporters and motivators along my journey back to me and moving forward to achieve a long held goal of riding across the country on my bike.

It took a while, but for me, it was about not staying down in the pit of poor health habits. I had to climb out little by little, step by step to recover who I wanted to be. I learned to enjoy exercise and in particular, cycling again. I learned to have a healthy relationship with food and lost the weight that plagued me for years. I learned that I could trust people in the dental profession and allowed them to recapture my smile. I learned to practice what I preached – you have to pick yourself up after you fall. And it feels good!

Ready to ride on!