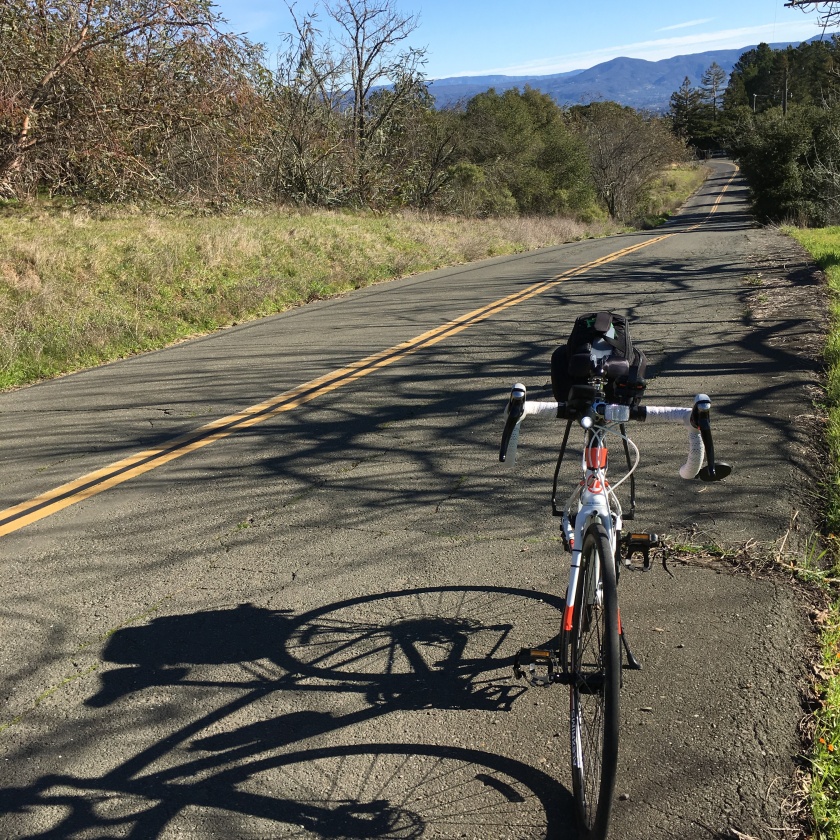 After weeks of cold (for California) and rain, it was finally dry and a bit warmer, so it was time to head back to the hills! Back to where this big ole’ adventure began – Partrick Road. 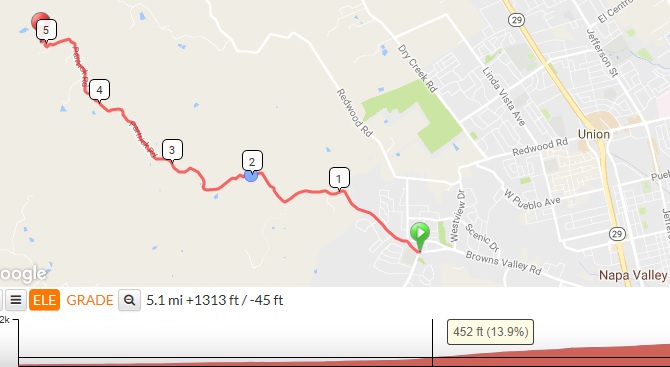 I say my adventure began there because about five months ago I was deciding on my next personal cycling challenge. I had completed a couple of 24-hour challenges over the summer, and I was looking for the next big thing. So I threw down the gauntlet and said I would ride the hills surrounding Napa Valley. I started with Partrick Road since it’s pretty close to where I live (about two and a half miles). Of course, it turns out; it is one of the toughest too. It’s not the longest route, but it gets pretty steep (14% grade) in parts. Once I made it to the top without expiring, I thought “Hey, if I can do that, I think I can ride over the Sierras. I finished the Markleeville Death Ride 26 years ago, after all!” That got me thinking about riding across America. It had been my dream years ago, and now I thought maybe it’s still possible.
It struck me that I only have four more months of training and then it’s put up or shut up time. That’s why I needed to get back to the hills! I have to say, though; this ride was easier than the first. Thank goodness my workouts have been paying off! It was also one of my most enjoyable climbs. The sun felt great! The views were spectacular. There were so many different animals out to greet me at every turn. And of course, the decent was magical! 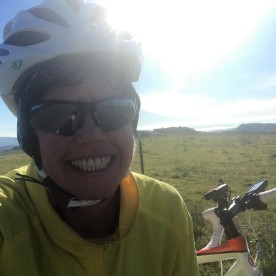 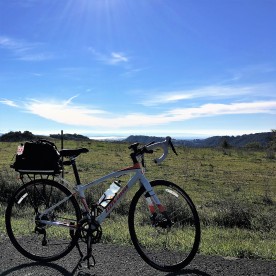 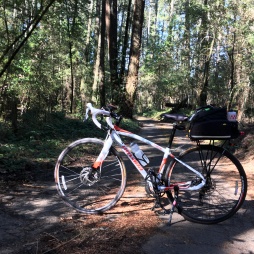 Basking in the sun lean 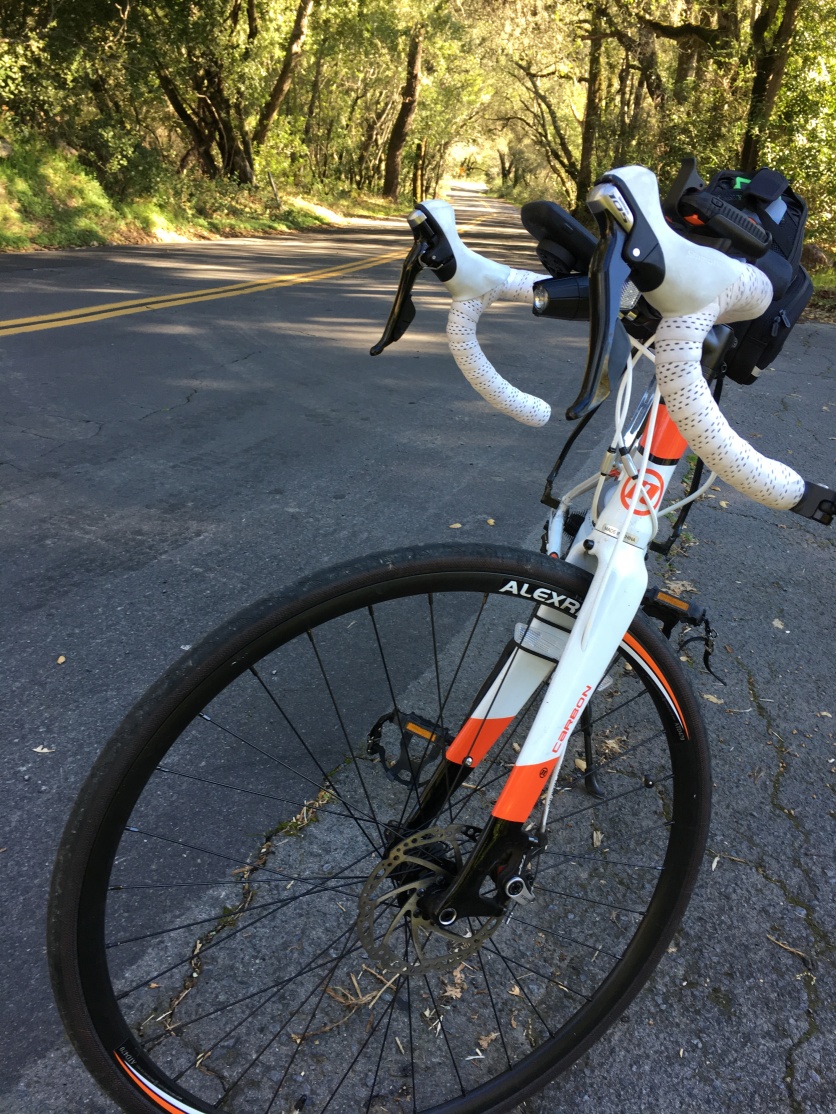 What a great day! I think I’ll be back on Partrick Road soon.